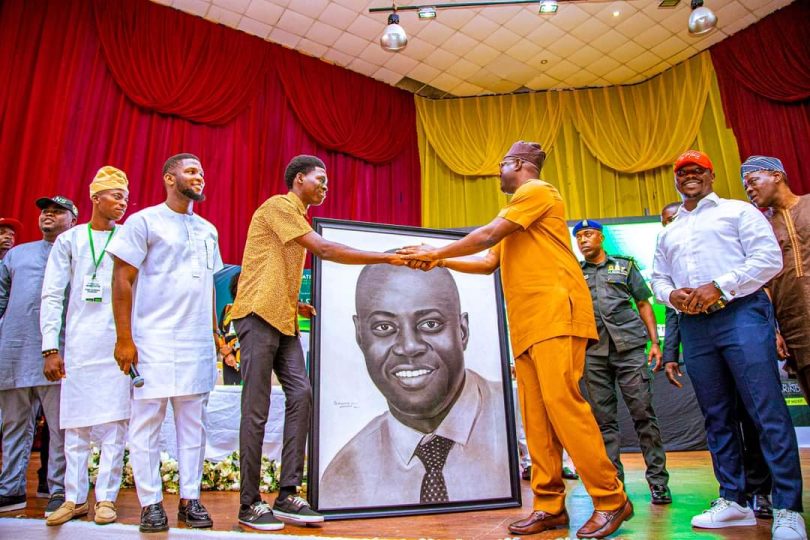 Oyo State Governor, Seyi Makinde, has assured students in the state tertiary institutions of the commitment of his administration to meet all their demands.

Tracing the history of the celebration, the governor stated, “All over the world, International Students’ Day is marked in November. A look at the history of this celebration shows that it started with an act of bravery by students in Prague. These students protested the right to education and gave their lives for the cause. In fact, nine protesters were executed without trial, whereas 1,200 were sent to concentration camps by the then-Nazi regime.”

“Nigeria is far from Prague geographically, but the act of valour of those students has been replicated here many times. Students often take to the streets to protest when things are not going right in the country. Some of you may have been part of the most recent End SARS protest against police brutality. We are also aware of how the authorities react to such protests.

“As I have always said, the right to peaceful protests is enshrined in our constitution, and no one should be punished or persecuted for peaceful protests. But an ideal situation would be to ensure that we, the politicians and those in government, do everything we can to prevent protests. Not by clamping down on protesters but by offering good governance and always being open to dialogue before things get out of hand. And that is exactly what we are doing here in Oyo State.”

Speaking about the achievements of his administration the governor told the gathering, “Before we came in, the students of the Ladoke Akintola University of Technology were always coming to the secretariat to protest about one issue or the other. We have ensured that the story changed. Since we came in, we have been paying regular subventions to tertiary institutions, and in fulfilment of our campaign promise, Oyo State now has sole ownership of LAUTECH.

“Also, we reduced the school fees by 15% when other states raised fees. I think I speak for the students of LAUTECH when I say they have never had it so good. No wonder LAUTECH has been ranked the best state-owned tertiary institution every year since 2019.”

He added, “Before we came in, no convocation ceremony had been held in the school. But in September 2022, a combined convocation ceremony for 5 sets of students was held. At the same time, the school was able to commission a multimillion-naira central laboratory complex built through money generated internally by the polytechnic.

“Students of Ibadan Polytechnic, are you here? Just recently, the National Board for Technical Education (NBTE) visited your school, and over 30 courses were accredited. This means that your certificate has more worth, and you are better able to get jobs when you complete your studies.

“Every tertiary institution in Oyo State has benefited from our actions to ensure that the students have no reason to protest. And that is why today, we can stand here and talk about a healthy and collaborative relationship with students in Oyo State.

“Since we came in, we have also increased the bursary of Law School students who are Oyo State indigenes from N250,000 to N500,000, and we have paid it for two years, the third year is being processed for release and will be paid shortly.

“Just recently, I also promised in my own personal capacity to begin paying bursaries, and the process has already started. I remember I also promised the release of Aluta buses to you at the last meeting we held. Well, the buses will be delivered before the end of this year.