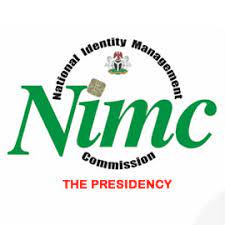 Candidates sitting for the Unified Tertiary Matriculation Examination, UTME, will have their applications linked to their National Identification Number, NIN.

This was contained in the investigation carried out by Vanguard.

This is despite the fact that the attempt to do so this year failed because of hiccups that trailed the exercise which eventually led to its abandonment at the end of the day.

According to the investigation, JAMB and the NIMC have revealed that the exercise will be part of the criteria for registering for UTME in 2021.00

Both agencies entered into an agreement early this year to make UTME candidates have their applications linked to their NIN, however, given the directive by government that GSM operators should have the lines of their customers linked to their NIN, the pressure on NIMC is becoming overwhelming.

The Head of Corporate Affairs in the Commission, Mr. Kayode Adegoke, said the NIN will be used as one of the criteria to register UTME candidates from next year because the earlier agreement signed between the two agencies is still subsisting.

He explained that the NIN was not used in 2020 exercise due to some technical hitches that have been taken care of by the agency.

He assured that NIMC was ready for the partnership as the agency had put all necessary machinery in motion to capture all the candidates.

On whether NIMC would have the capacity to capture the over two million prospective UTME candidates, he said measures had been put in place to capture at least four million persons in a month.

Adegoke added that with the recent licensing of 203 agents to boost the capacity of the agency, the issue of capturing two million UTME candidates would not be an issue since the number of enrolment would be increased when the agents come on board next week.

“The NIN was only cancelled this year for UTME registration due to some technical hitches but will be used in 2021.

‘‘We have the capacity to capture all the UTME candidates but my worry is that they may not take advantage of four months window they have from now to get registered until when it remains one week, when they would be rushing and stampeding the Commission to capture them.

‘‘My conviction stems from the recent licensing of 203 agents by the Federal Government who are due to commence work from next week, immediately after Christmas,” he said.

He advised the prospective UTME candidates to take advantage of ample time they have now to get their NIN so as to avoid rush hour and consequential denial to register.

‘’If they can come now, in a month NIMC can enroll about four million, so if they come within two months we have captured them but they are not coming.

‘‘We have licensed 203 agents and when they come on board in a week or two weeks time, every one of them will be captured. They are starting in January but some are starting next week,’’ he further explained.

Meanwhile, the Joint Admissions and Matriculation Board, JAMB, has said it did not sign any contract with the National Identity Management Commission, NIMC, on the compulsory use of National Identification Number, NIN, as a requirement for registration for its Unified Tertiary Matriculation Examination, UTME.

Rather, the board explained that it merely agreed with the commission to forge a partnership on compulsory registration of its UTME candidates.

It said even as the exercise was suspended this year due to technical issues, the partnership is still in effect.

JAMB’s Head of Media and Information, Dr. Fabian Benjamin, stated that what JAMB signed with the identity management agency was a partnership and not a contract.

“What we agreed with NIMC over NIN was not contract. It was not a contract, it was partnership,” he said.