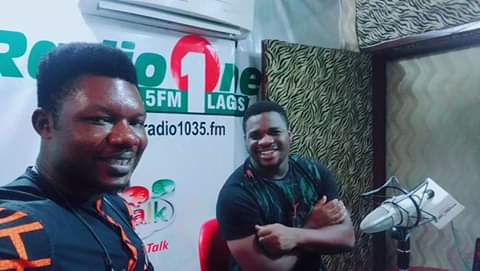 PRESENTER: As a vital unit in pedagogy,it has been recommended that schools have a unit that provides career guidance and counselling services to students in the schools across the federation. But it is unfortunate that this unit is inoperative in most of our public schools.

This week’s Education Dialogue brought up this issue for public discussion on 103.5 Radio One FM Lagos. With him in the studio was Mr Seun Disu, a Career Counsellor.

At least, with the school-Inspired tour which began Monday this week, we have reliably gathered some information on guidance and counselling unity in public schools. What we see on ground does not in anyway tally with what the government claim they have set up in public schools.

Mr Dosumu, did you receive any guidance and counselling before you chose this path?

GUEST:
Let me begin by commending your effort on education, especially the school-inspired tour. So, growing up, there was neither guidance nor mentorship. I was left to make my decision on my own. And sometimes, my decisions were influenced by friends. Choosing a department right from secondary school was based on where my friends went. No one ever told me how to make academic choices around my potential- the university to attend or the course of study. I realised that I was too distant from guidance and counselling. There are many kids out there who do not know what to do because nobody cares about their academic life. It is really a tough issue.

PRESENTER:
It is really a tough one. I am sure some of your friends too then made mistakes in their choice of career. Have you any of them?

GUEST:
Yes, many of them made wrong choices. When we were in J.ss 3, we needed to choose a department: Science, Commercial and Arts, but there were those who wrongly chose a department. They had no one to guide them. They thought they were good at science subjects, and they went for science. Unfortunately for them, it got to a stage that they could not cope in that department. They had to repeat a class.

PRESENTER:
It is pathetic. Some of them who managed to make it out of school will find it difficult to function effectively in their field.
Then, what is the solution?

PRESENTER:
How do individuals make choice without guidance.

GUEST:
What I meant by individual choice is not the choice made by the students ;it simply means that most of us graduates have roles to play to assist these students in their choice of career. We should see it as our moral obligation to mentor and counsel these students.

You also put to me that how did I get into mentorship, or if I received guidance from someone. I want to tell you that it was out of passion and compassion. I had those who engaged in substance abuse around me,and those who had lost their minds.
I have also worked in the travel agency. That was a choice I made on my own. Nobody ever told me about travel agency. I searched for it myself.

PRESENTER:
A lot of people out there never had the opportunities and work experiences you had. Some began their career with failure and became frustrated because they had chosen the wrong paths. Many students are currently battling with their parents over their career choice. Parents are fond of choosing a career for their children. It is a pathetic situation at one of the schools visited by Edugist School-Inspired tour team in Lagos. A student lamented that her parents are against her studying Theater Arts and Mass Communication. The parents insist she study Radiography, a course that is beyond her comprehension. We pitied the girl’s condition. She pleaded to follow us because she is no longer comfortable living with her parents.
At another public school at Oshodi, a student who is passionate to become a video editor is under the parental pressure to choose another career. It is unfortunate that the parents are strongly against his career choice. This is a lucrative career because visuals are selling. The student told Edugist that his father had told him specifically that he should leave the house to live in the studio. These are the realities out there. On the part of the government,it goes beyond making policies on mentorship and counselling. It is time we started looking into implementation of those policies.
So, Mr Ṣeun, how do you think we can save this situation as private persons?

GUEST:
This is a big and technical issue. The whole thing boils down to the government. They have to show the willingness to accept the change we are introducing to them. And we have to infuse tech into everything we are doing.

PRESENTER:
Thank you,Mr Seun. I think the pressure groups too have a crucial role to play. They are in the position to pressure the government to do what is necessary. The religious bodies- Christians and Muslims are playing their roles.