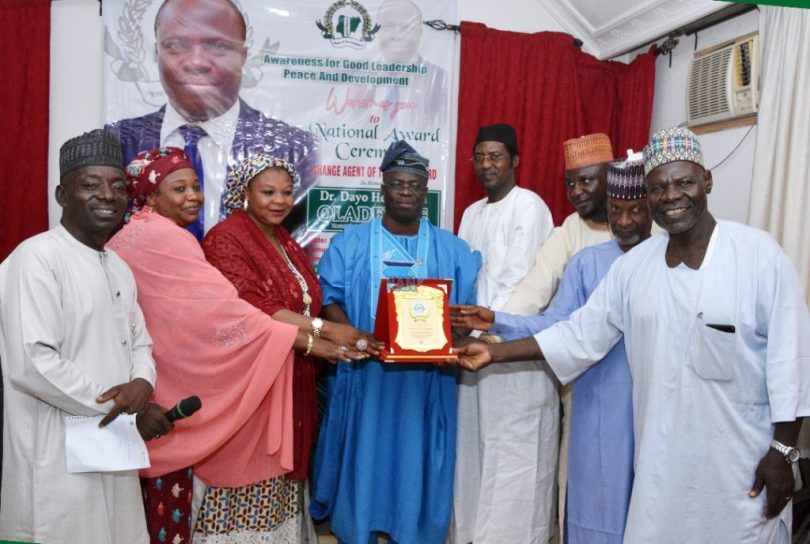 Dr Dayo Oladebeye, Rector, Federal Polytechnic, Ado-Ekiti, Ekiti, has called on the Federal Government to improve infrastructure facilities and upgrade equipment in polytechnics across the country.

Oladebeye made the call in an interview with the News Agency of Nigeria (NAN) shortly after he was conferred with an award as ‘Change Agent of the Year’, by an NGO, ‘Awareness for Good Leadership, Peace and Development’, on Sunday in Abuja.

He said, ” The Federal Government is trying its best generally in the education sector, but we of the polytechnic sector believe that more still needs to be done.

”This is in terms of improving the infrastructure facilities and upgrading equipment that we use in the training of our students.

”Because in the time past, polytechnics were reputed for training quality graduates and I believe, there shouldn’t be any deviation, polytechnics are known for practical applications.

”And when we used to have industries, which I believe there is still going to be a resuscitation of the same in this country, most industries prepared polytechnics graduates.”

Oladebeye commended the Federal Government for its efforts towards bridging the gap between the Higher National Diploma Graduates (HND)and Bachelor Degree graduates (B.sc.).

He said, “So, to that extent and with the current situation of things, we in the polytechnic sector, because of discrimination that had existed in the past, now the Federal Government is trying hard to bridge the gap.

“There have been a lot of submissions to the National Assembly to bridge the dichotomy between the HND and B.sc.

“It is a function of what the individual persons can do not the type of paper qualifications you have that should be the matter.

“Even in the development of the country, you consider that many advanced countries of the world, they do not bother about whether you have HND or Bsc. and all that.

“For example, six months ago, a female graduate from one of the polytechnics in Nigeria who graduated with a distinction got a scholarship to go straight to PhD in the United States of America.”

Oladabeye described the feat as very rare from HND to PhD, adding that If it were in Nigeria, some people will be reading meaning to it.

“That with HND, you must do Post Graduate Diploma before you will do masters and the rest of that,”the rector said.

Oladebeye said since his assumption of office over five years ago, he was able to address staffers’ and students’ welfare to some extent in the institution.

“We do our staff promotion regularly and by God’s grace before the end of this year, we will do all the needful for the 2023 promotion.”

Earlier, the Chairman of the NGO, Alhaji Abdullahi Aliyu, explained that it decided to give an award to the rector for enhancing academic excellence in the polytechnic.

He said, “The leadership of the NGO deemed it necessary to recognize and honour Oladebeye for the milestone achievements recorded in the polytechnic under his leadership.

“He has transformed polytechnic and made it not only to compete with its sister polytechnics in the country, but it is also competing with internationally recognize institutions of learning worldwide.”

In attendance were, Alhaji Abba Kofar-Durbi, the National Leader of the NGO, Dr Tijjani Abdullahi, North West leader of the group and Hajiya Fatima Nyanya, among others.