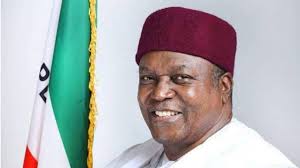 Lecturers at Taraba State University, Jalingo have threatened to embark on strike over what they described as traffic quarter salary.

Some of the lecturers who spoke to Tribune Online on the ground of anonymity on Sunday decried that the monthly salaries of lecturers in the university have been changed to traffic quarter salary.

According to them, since February 2021, the state government introduced the traffic method of payment where some lecturers get paid for a particular month and others for another month without any reason for the decision.

“Since, February 2021, we no longer get salaries as usual. If you are paid this month, you will be skipped for others next month and you don’t get paid in the subsequent payment for the months you were skipped.

“The traffic system of payment at the University as we speak now is accompanied by what can not even be described as a quarter salary.

“It is not our intention to embark on another strike after the long nationwide ASUU strike to further frustrate the academic target of innocent children but the system here is unbearably discouraging.

“Governor Darius Ishaku’s comment two weeks ago during a combined service organized by Tekan/Ekwa block of CAN, at the CAN Secretariat Jalingo was proof that what we are passing through here is a deliberate action of the governor against the university. The governor told the congregation that he wouldn’t pay us since we joined the nationwide ASUU strike.

“How can you manage 35,000 or 28,000 as a family man with children and relations in school? It’s not by force to work, we have already planned to have a meeting by this week but if after the meeting there is no positive response from the government then, we will have no other option but to embark on another indefinite strike,” the lectures decried.

When contacted to respond to the development, Taraba state Commissioner for Tertiary Education, Hon. Edward Baraya, who usually said he is not authorized to speak to journalist, did not respond to several calls put to his mobile phone.