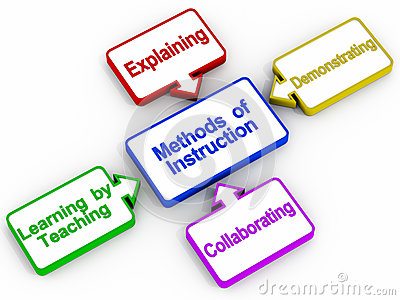 As teachers, it’s not news that there are several students with individual differences in our classes. In fact, as a speaker, the feeling is mutual. Whether as a teacher or a speaker, you are faced with audiences with different levels of cognition.

And sometimes, you can’t help but wonder why some students are exceptionally brilliant and some are exceptionally unresponsive. This goes a very long way to explain the role of individual differences of students and audience. But further more, to buttress how it affects teaching and learning.

I met a young champ some seven years ago and it was at the lowest point of his life. He was in basic 2 and couldn’t read at all, even words as low as two-lettered words. The whole pupils in the school knew him and called him names.

It was my first time in the school and fortunately, I was being recruited to teach basic two. The boy was obviously a very stubborn boy. So, it was easy for the whole school to know him. A dull but troublesome boy, who dares him? Smiles!

The proprietress expressed her concern over the boy and all I could do was assure her that I would do my best. It wasn’t the first time I would handle such situation. So somehow, I knew what to do to help the boy. Although, the previous situation was a nursery two boy, their case seemed similar.

I smiled and accepted the offer. One-two! I entered my new class and greeted the pupils. All of them were excited and I smiled and gave them a quick assessment. I normally do this to understand their level and know where I would start.

So, I smiled and cheered everyone up for a job well done. They all looked at me with a puzzled look but I smiled and once again beckoned on them to relax.

Of course, I was interested in the young boy because every member of the class mattered. Since I was able to categorize them based on my brief assessment, I immediately knew that the boy was a slow learner. The school closed for the day and I called him aside.

Although he was tagged stubborn, he was calm and respectful. I engaged him in a conversation and he responded really well. Interesting! So, what could be wrong? I muttered as I continued my interrogation.

After few rounds of questions, I discovered he was a brilliant boy but a very slow learner. In fact, he had his areas of strength in mathematics. And I got to know that he resulted into bullying and stubbornness as a form of self defense mechanism. But my approach was calm and entirely different from what he was used to. So, he was broken.

Would you like to try merging your letter sounds? I asked.

Great then! You will get an exercise book and meet me after your meal at each break.

Is that fine? I asked after giving a warm instruction.

That’s okay with me ma’am! He said.

We both maintained this routine for two weeks. One day, while in class, during a comprehension passage. I asked everyone to read a paragraph each. When it got to my boy’s turn, everyone was expecting him to dodge the process as usual. I smiled and winked at him and silently hoped he would read it well.
Alas! He started reading.

Of course, he was a bit slow and steady but he read every word without mistake. My class was the closest to the proprietress’s office and so she had to come inside to witness what just happened. I had mixed feelings inside me. I am quite emotional and I couldn’t help the tears that flowed. The proprietress gave me a surprised look and then slowly walked back to her office.

Whoever said that good news doesn’t fly. Before I knew it, the whole school heard about it. Ah! I became the topic of discussion in the school. Of course, I didn’t do anything outside the norm. But I turned around the life of a ‘‘supposed stubborn dull boy’’ around.

My boy didn’t just learn how to read, he became very calm and mature. He also became a curious learner and got friendlier as against his bully nature. It was soon time for open day and I got the largest gifts from parents. Every of my pupils had one different touch and it reflected in their composure. My boy is now in senior secondary school and he is doing very fine.

There is no dull pupil, they all just have different capacity to learn. And until you understand your pupil, students, you may never realize the potentials you can make of them. It is one thing to be competent, it is another thing to perform passionately.

Teachers are builders. And as a builder, you have the power to choose the design that best suit a structure. You understand the location and know the best materials to use for each project.

Years later, you either look back and smile because of the successes, words cannot express or you look back and cry because of the damages that can’t be repaired. Why don’t you make up your mind today, to be intentional about your students’ success? No child is dull. Every child deserves your best