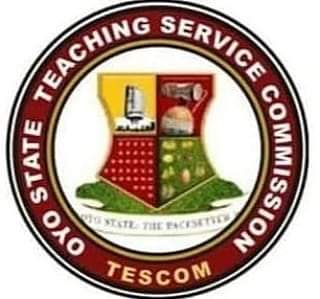 The government of Oyo State has begun the oral interview exercise for some 7,000 applicants who scored 50 percent and above in the Computer Based Test (CBT) conducted by the state’s Teaching Service Commission (TESCOM).

While disclosing this on Monday September 21, 2020, the Chairman of TESCOM, Pastor Akinade Alamu, said that the successful candidates would receive their letters before the end of November.

A statement by the Chief Press Secretary to Governor Seyi Makinde, Mr. Taiwo Adisa, quoted Alamu saying that applicants will only be employed based on merit and competence.

Alamu, who said the exercise started about seven months ago before the outbreak of COVID-19 in the state, following an approval given by Governor Seyi Makinde to recruit teachers.

He added that teaching and non-teaching staff would be recruited into the service of the state.

He said, “When we complete the exercise for those we are interviewing today, they will resume work before the end of November.

“I am delighted with today’s exercise. We started about seven months ago when the governor gave the approval to recruit seven thousand teachers and about 3,000 non-teaching staff.”

He stated that people applied, uploaded their credentials and a test was conducted for 67,000 applicants.

“The results came out and 10 per cent of those people succeeded in scoring 50 per cent and above. So, this is why we are starting the interview today of about 7,000 applicants, which include the physically challenged,” he said.

According to Alamu, the general public has been commending the Makinde-led administration over the steps taken so far on the recruitment exercise.

“Generally speaking, people are satisfied with what we have done so far and everything has been transparent since we started.

“There might be pressure here and there but we will never succumb. We know what the governor wants and that is what we are doing.

“Apart from the fact that we have our names to protect, what the Oyo State government wants is what we must do and abide by.

“So, we expect criticism here and there, but we are not guilty of any allegation and have nothing to fear,” Alamu added.

The TESCOM boss further stated that teachers under the Parent Teachers Association (P.T.A), who have been interviewed, will be taken into consideration based on their performances.

“The existing PTA teachers before this administration came in were employed from various sources we don’t know.

“We don’t know their qualifications and competence. But we requested that they apply and come for an interview.

“Once we know they are qualified and competent, we will take into consideration the fact that they have served, and this will give them the advantage,” he said.