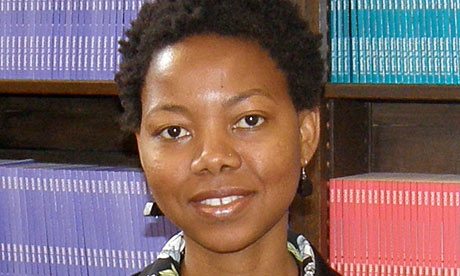 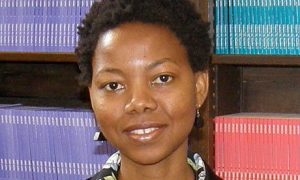 Zimbabwean Author and Caine Prize Winner, NoViolet Bulawayo is on the awards trail again! NoViolet who won the Caine Prize for African writing with her short story, “Hitting Budapest” is now on the track for the the Guardian First Book Award 2013 with her novel, “We Need New Names”.

The Guardian First Book Award is unique because the prize judges fiction AND non-fiction.  According to the Guardian review editor and chairman of panel of judges, Lisa Allardice, the award seeks to reward “excellence, promise and originality”.

The 2013 longlist for the £10,000 prize comprises five non-fiction titles, five novels and a collection of poems, which was the readers’ choice.

NoViolet who won the Caine Prize in 2011 obtained a Masters in Fine Arts (MFA) from Cornell University where she was a Truman Capote Fellow and lecturer of English. Her short story “Snapshots” was also shortlisted in 2009 for the SA PEN/Studzinski Literary Award.

The winner of the Guardian First Book Award 2013 will be announced in November. We wish NoViolet all the best.