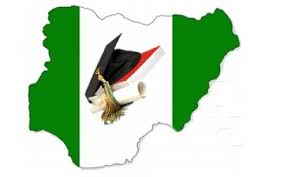 The education sector is one sector am so passionate about. One of my utmost wish is to make workable policies for this sector in future. My blog, edugist.org has opened so many doors of opportunities for me in the last fifteen months. Most recent (the last three months) I have worked with and still do with about three international organizations, including an arm of the United Nations to conduct researches for their products, services and intervention for our educational sector. Part of why our team was restless was to have data to present to prospective investors (in education) who were participants in the just concluded World Economic Forum on Africa.

From our thorough research, without cooked data, the state of our National Education is hapless. Hence requiring urgent attention from our policy makers. But more important would be to implement the appropriate policies in ground. Today, I share these sixteen facts about the damage in the sector with you. Let’s put all hands on deck towards proffering solutions. Read and share your comments below.

Some local governments receive nothing once teachers’ salaries have been allocated. Improving efficiency requires the decentralization of power along with support from federal and state governments to ensure an adequate flow of resources to the poorest areas.

This reduces their ability both to participate in the economy and to provide learning support to their children.

3. Conflict in Nigeria has destroyed 28% of schools in one State

Violence concentrated in the North has destroyed many schools and forced many others to close, and in some cases teachers and children have even been attacked. In Borno State, it is estimated that 15,000 children have stopped attending school as a result of the violence.

4. Only 2% of married adolescent girls are in school.

By comparison, 69% of unmarried girls are still in school. Those with a secondary education, on average, get married two years later than those without – which in turn has an impact on maternal health.

5. Nigeria is projected to be the world’s fourth most populous country by 2015.

This rate of population growth translates to about 11,000 babies born everyday. That is 11,000 babies a day who will need schools, materials, and qualified teachers from an already insufficient system.

7. There are 109 pupils for every satisfactory Nigerian primary school classroom.

8. No government or agency is clearly accountable for results.

Local Government is responsible for basic education—but does not have budgetary power, which is mostly at the federal level. This creates perverse incentives for the LGAs to keep enrollments down or hire less expensive and therefore unqualified teachers.

9. 40% of primary school teachers are not qualified.

The lack of teachers is particularly acute in the Northwest and Northeast, where only 50% and 53% of teachers are qualified. The Southwest has close to 100% qualified teachers.

10. Only 29% of students who start secondary school graduate on time at 17.

If you include up to 24 year olds to capture late starters and repeaters, then this goes up to 75% – but still a quarter of students never finish.

11. Almost half of students who have completed grade 6 cannot read.

In some areas, as many as 72% of grade 6 students cannot read a complete sentence. Clearly there is great need to improve the quality of schooling through improved teacher to pupil ratios, better training and resources.

12. About 80% of children do not have textbooks for all subjects.

About 60% of primary students do not have a mathematics or English textbook, and materials in languages other than English are scarce. Teachers are lacking books too; in many areas fewer than 15% of teachers have a teacher’s guide.

The youth population has placed great pressure on the education system and is partly responsible for the reduced percentage of children in school. Nigeria’s population increases 2.6% each year.

14. There is an average of 49 pupils per primary school teacher.

The recommended ratio is 35 pupils for each teacher. At the secondary level, the ratio was 62:1 in 2009. Classes can be especially large in the North where the average class size is 56 students, almost twice as many as an average classroom in the South.

90% of students are not in school at primary age – around 9 million children have never gone to school at all, which shows how pupils can be totally excluded from the education system if early opportunities are missed.

16. The largest number of out of school children in the world.

Question: Having known the damage, what are the solutions? Which should come first? Who starts it? Leave your answer below.