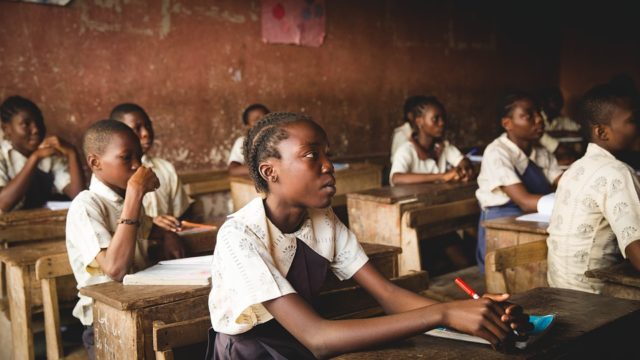 In a bid to encourage nomadic education in Gombe State, the Executive Secretary, Universal Basic Education Board, Mr Babaji Babadidi, has called for the establishment of more schools to cater for the numerous school-age children in the state.

While expressing his concern over the issue, Babadidi described the existing nomadic schools in the state as grossly inadequate, stressing that there was an urgent need for additional ones.

“The number is grossly inadequate considering the fact that Gombe is leading a nomadic education-friendly state for obvious reasons. The current administration in the state is interested in the establishment of additional nomadic schools by 100 per cent to absorb over 90,000 school-age children spread across the various councils,” he said.

Executive Secretary, National Commission for Nomadic Education, Prof Bashir Usman, added that every stakeholder has a part to play in the affairs of their children’s education.

“Every stakeholder must be involved; it promotes school-community relationships as well as explore best approaches to be adopted in the workshop to ensure smooth implementation of the nomadic education programme.”

He commented that the workshop was one of the series of carefully planned activities by the commission which are aimed at accelerating the achievement of Education for All (EFA) Sustainable Development Goals (SDG).

Director, Department of Social Mobilisation and Women Development in the commission, Dr Mohammed El-Nafaty, said that the exercise was aimed at recognising the role of SBMCs in schools governance and development through effective and efficient management strategies, which involve all stakeholders.

He said the strategy adopted would accelerate the process of out- of- school children especially as it relates to the nomadic education programme.

He said the objective was to increase pupils’ enrolment, attendance and promote the education of a nomadic girl-child.