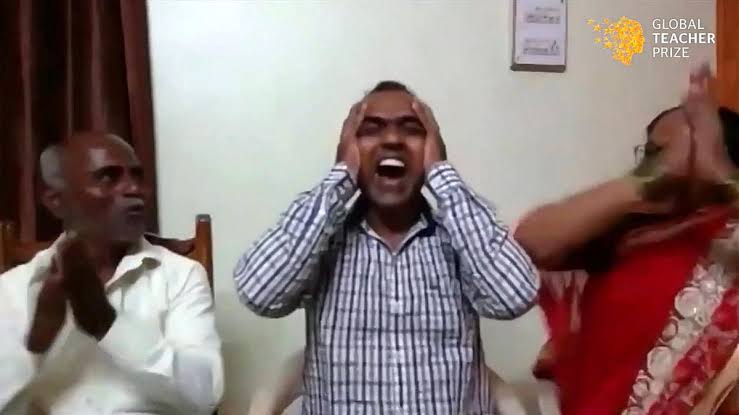 An Indian teacher from Solapur district of Maharashtra, Ranjitsinh Disale, has won the $1 million (around Rs 73.8 million) Global Teacher Prize set up in partnership with UNESCO, and gave away half of it to nine other finalists from various countries.

While disclosing this on Thursday December 4, 2020, the Varkey Foundation, which has promoted the prize since 2014, said Disale has transformed the lives of girls at the Zilla Parishad Primary School in Paritewadi village.

Winners in various categories were announced by actor-writer, Stephen Fry, in an online ceremony from the Natural History Museum, London.

The foundation said Disale made an “extraordinary announcement” in a speech after winning the prize that he will share half the prize money with his fellow finalists, resulting in the other nine receiving over $ 55,000 each.

“This is the first time in the Global Teacher Prize’s six-year history that the overall winner has shared the prize money with other finalists,” the foundation said.

Disale was selected from over 12,000 nominations and applications from over 140 countries around the world.

The prize was set up to recognise one exceptional teacher making an outstanding contribution to the profession as well as to shine a spotlight on the important role that teachers play in society.

British Prime Minister Boris Johnson hailed the “creativity and ingenuity” of the winners and said, “Although I’m speaking to you in difficult and sometimes heartbreaking circumstances, it’s right that we take time to recognise the enormous contribution and sacrifice of the world’s teachers during this pandemic.”

The ceremony included a special recognition for one teacher – a Covid hero – who has gone above and beyond to keep young people learning during the Covid-19 pandemic.

The $45,000 Covid Hero Award, supported by CVC Capital Partners, was given to UK Maths teacher Jamie Frost, whose free DrFrostMaths became a lifeline for students shut out of classrooms all around the world