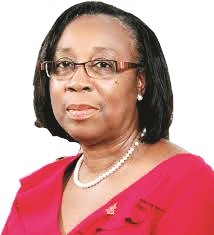 The Lagos State Education Commissioner, Mrs. Folasade Adefisayo, has disclosed plans by the state government to disburse palliatives to proprietors of private schools and their teachers.

Mrs Adefisayo disclosed this after monitoring the distribution of food rations to some families under the National Home Grown School Feeding Programme.

She stated that the government was working out modalities to ensure the palliatives get to the teachers.

“We are working on their palliative. The problem is their diffusion. They are so many; who do we give the palliative for the teachers to?

“If we give them to the school owners, we must have a method of ensuring that it gets to them. The palliative is for the proprietors and the staff,” Adefisayo said.

Mrs. Adefisayo, however, did not disclose the exact date for the distribution but said it would be soon.

Speaking about the ongoing e-learning introduced by the state, Mrs. Adefisayo stated that the government would distribute about 300,000 radios so that public school students can participate in radio classes run by the Lagos State Ministry of Education.

“We are distributing radios, maybe from Monday. We have already purchased the radios – people are donating for us – even our staff. Anybody can donate. It is only N2,000 for a radio,” she said.

The commissioner, however, said that the third term would formally begin when the Federal Government directs schools to reopen.

“Everybody is worried because there will definitely be a learning slide when children are at home for long periods.

“The Federal Government who we are looking up to will declare when the third term will start. When they declare it, then we will follow their directive at that point.

“Even if we have been doing part of (the scheme), we are not doing every subject; we are only doing three subjects a day. So when they come back to school, they will just reinforce the learning,” she said.