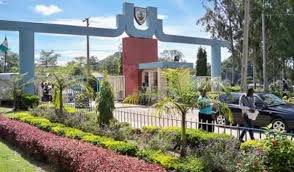 The Senior Staff Association of Nigerian Universities, SSANU, University of Jos Branch has rejected the Integrated Payroll and Personnel Information System imposed on varsity staff by the federal government.

While decrying the ineffectiveness of the initiative in a statement signed by the Association Chairperson, Comrade Esther Ezeama, and the Secretary, Comrade Anthony Joro, on Friday May 29, 2020, the Union stated that IPPIS was deliberate delay on prompt payments of salaries.

It added that since the introduction of the initiative, the university system had been experiencing some irregularities, in terms of salary payments.

“The Branch Executives of our Association recently met to x-ray happenings as it affects the welfare needs/future of our members.

“They observed that some allowances have been removed from the components of staff salaries without any concrete explanation.

“There is no pay advice agreed upon to enable members know what formed certain deductions from their salaries,” the statement reads.

The Union also expressed its displeasure over NHIS deduction on staff salaries as applied by the IPPIS office.

It stressed that it was not only worrisome, but contravened the NHIS ACT of 2005.

“Also painful is the forceful implementation of deduction of National Housing Scheme without the consensual approval of members.

“This negates the Core Principles of Financial Memorandum which requires the consent of salary owners before deductions are carried out on their salaries.

“The deployment of a high tax regime without recourse to our right to fair hearing and negotiations is improper,” it adds.

“We therefore reject IPPIS in its entirety and request that as a matter of urgency we should be reverted to GIFMIS, the platform that properly understands and accommodates the peculiarities of our members,” the statement concludes.