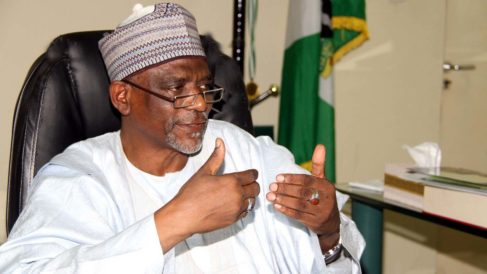 Adamu Reveals Plans to Establish a FCE in Borno

The Minister of Education, Mallam Adamu Adamu, has revealed plans by the Federal Government to soon establish a College of Education in Borno State.

Adamu disclosed this while hosting the Borno State Governor, Prof. Babagana Zulum, in his office on Monday, January 18, 2021

Zulum had visited the minister to appreciate him for the approval of the establishment of the first federal polytechnic in the state.

Responding, Adamu said in addition to the federal polytechnic, Borno would soon have a Federal College of Education.

Prior to the latest approval, Borno had remained one of the few states which neither had a federal polytechnic nor a federal college of education.

The Ramat polytechnic in Maiduguri is a state-owned institution and several efforts and appeals by successive administrations in the state for the federal government to take over the polytechnic have not been successful.