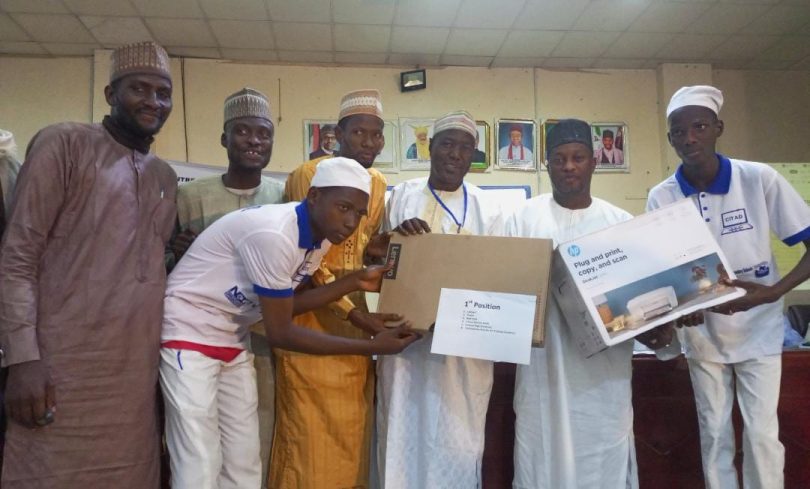 This is just as the CITAD described information technology as a profession without boundary that enables people to employ themselves and provide employment opportunities to others.

Speaking on Thursday at the event held at Yusuf Maitama Sule University, CITAD’s Executive Director, Mr Yunusa Ya’u, disclosed that the quiz is used as a tool for raising awareness on ICT among teachers and students by encouraging the study of computer education and testing ICT knowledge of secondary school students.

Mr. Yunusa, who was represented by Malam Ahmed Abdullahi Yakasai, added that the center had been organising the competition for the last 20 years to inculcate the interest of the society in information technology.

He also disclosed that “children in remand homes were trained on ICT and GSM repair while women and girls received training on digital livelihood to become self-reliant.”

Speaking on the occasion, the Vice-Chancellor, Yusuf Maitama Sule University, Professor Mukhtar Atiku Kurawa, explained that the National Universities Commission (NUC) has approved the commencement of two new courses on cyber security and software engineering in addition to the existing ones on computer science and information and communication technology.

Professor Mukhtar, who was represented by the deputy vice-chancellor, Professor Amina Salihu, noted that a new faculty of computing science would soon commence operations, where courses related to the field, would be moved from the faculty of science to make them more effective.

“Each year we receive a lot of applications on computer science and information technology,” he said.

Also speaking, the chairman panel of judges who doubles as head of the computer science department at the university, Dr. Sani Danjuma, said the quiz was conducted under a conducive atmosphere, where the students abided by rules and regulations guiding the competition.

He highlighted that 36 schools participated and three winners emerged .

Sani Bello Science College received the first prize of a laptop computer, printer, wall clock, certificate and a scholarship to undergo ICT training at CITAD. The other two schools also received prizes while the teacher of the winning school was awarded with a television set.