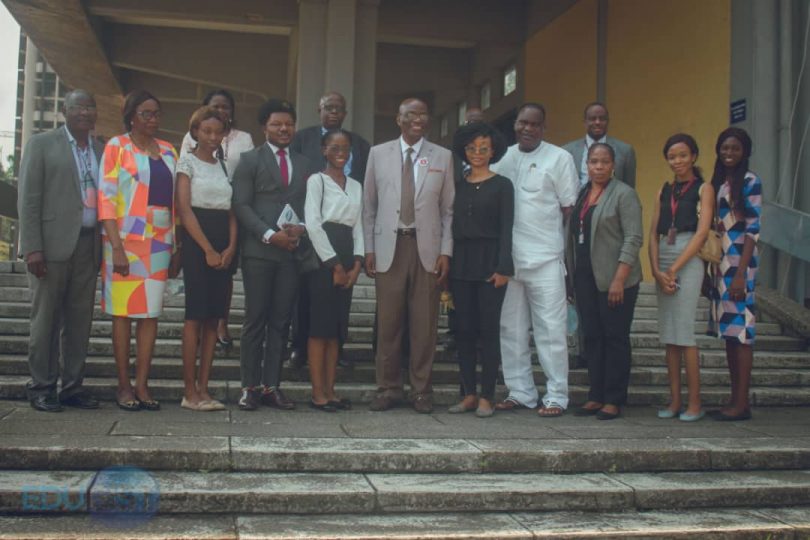 Following the announcement of one of the representatives of Africa as the winner of the proposing side of the daring debate global finals, Edugist met the Unilag management Monday, November 30, 2020.

The visit, which was supposed to be a courtesy visit, took another twist when the team was invited to the council chambers. The vice chancellor, Professor Toyin Ogundipe, welcomed the team.

Addressing the council members, the CEO of Edugist, Elvis Boniface, appreciated the management for hosting the team. He briefed them about the operations of Edugist, a pan African organization, in Education and how Edugist executed the Daring Debates project, which resulted into Unilag students emerging winners both at the regional and global level.

The CEO, who is also a Unilag alumnus, revealed in detail how the process of reaching out to students was challenging owing to the ongoing ASUU strike, even amid the Covid-19 pandemic. 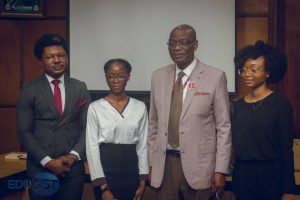 “Daring Debates had been successfully done five times in India and Bangladesh, etc. But it was the first time to go international which also included Africa. So, for the Africa region, we had to personally reach out to students, students associations and bodies to get contacts of students who would represent their universities. 42 universities applied before we shortlisted to 12 universities that competed,” he stated.

He, however, stressed that although all schools sent in four applications, unilag application was so strong that the judges were confused as to which two representatives should be chosen. Elvis said, after much deliberation, Gloria and Jemima were chosen. He noted that they performed excellently well at the Africa region and reflected the school’s motto. 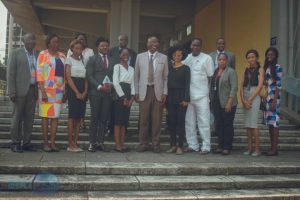 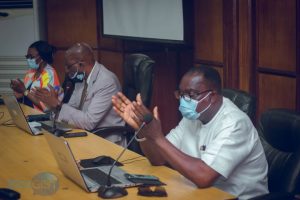 The Deputy Vice Chancellor, Management Services, Prof. Ben Ogbhojafor, commended Edugist for a job welldone and congratulated the winners on their academic excellence and for making the institution proud globally.

Also reacting to the news, Prof. Folashade Ogunsola, commended the winners and expressed her joy, knowing that young women competed globally, against Havard University and won. She said women will keep shaking the world.