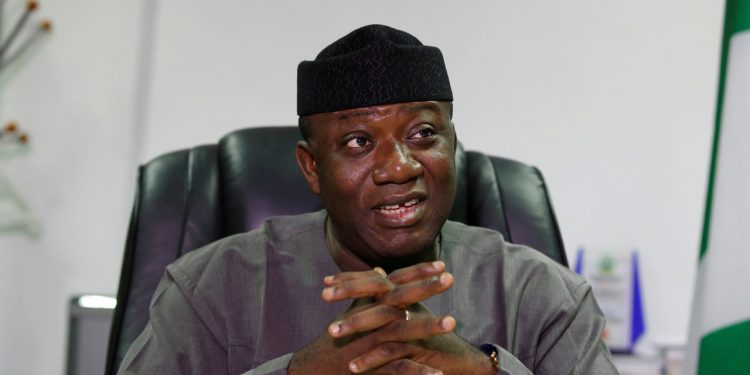 Ekiti State government has commenced the demolition of dilapidated and substandard structures in 532 primary schools across the State. This is in a bid to add beautiful values to schools while also ridding them of miscreants.

According to the government, the demolition would allow for the beautification programme of Governor Kayode Fayemi-led administration and boost pupils and teachers’ performances at the primary cadre.

Prof. said the exercise was specifically conceived by Fayemi’s administration to allow construction of new buildings across the primary schools in the state.

Akinwumi further said that some of the structures were built during the pre-colonial days dating back to 1920, thus, making them out-dated for the contemporary time.

“Under this programme, all mud and substandard blocks must go down. We have to checkmate all the miscreants that are using those dilapidated buildings in all our primary schools as hideouts because we are aware some people used these places as abode.

“Presently, we are training about 761 new teachers, which was a follow up to over 2,700 teachers that had been trained in 2020. We are giving a conducive environment and really enhancing the capacities of our personnel.

“As professionals, we knew the importance and role good environments play in performances. It is a good variable in the performances of students in any examination.

“With this demolition and construction of new buildings, pupils can move around and enjoy the aesthetic environment we are going to provide without fear of attacks by hoodlums. They will also enjoy the beauty”.

The chairman lauded the Universal Basic Education Commission (UBEC) for its partnershipt geered towards uplifting basic education in Ekiti, especially with the payment of N7.6 billion counterpart funding by the state government.

The government has, however, warned close to 1,000 new primary school teachers employed by Fayemi’s government to desist from certificate and age falsifications. And, has said defaulters of such crime would be dismissed.