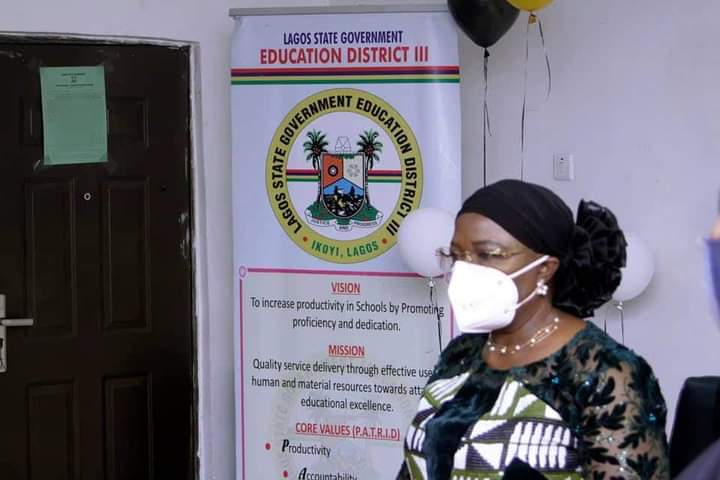 While disclosing this, Tutor-General/Permanent Secretary of the District, Dr. Yinka Ayandele, commended Governor Babajide Sanwo-Olu for his unflinching support.

She also expressed gratitude to the entire staff and students of the District for their hard work and determination in achieving landmark success.

She recalled that despite the challenges that were witnessed last year, especially in the Education Sector, Mr. Governor ensured that teaching and learning continued through other means during the schools’ closure, which eventually paid off for the students and teachers.

Ayandele said, “This achievement was as a result of the collective effort of our versatile leaders at the top starting from the Governor of Lagos State, Mr. Babajide Sanwo-Olu; the Commissioner for Education, Mrs. Folasade Adefisayo, our ever-supportive teachers, our brilliant students, wonderful parents and the non-academic members.”

Speaking on the excellent performance of students from the District at the external examination, Ayandele stated that both the students and the teachers have resolved not to be complacent with the feat, stressing that work has only just begun.

She noted that being the best is not a “one-time” thing but a sustained effort.

The TG/PS reiterated commitment to that working harder to push the frontiers of education for the better.