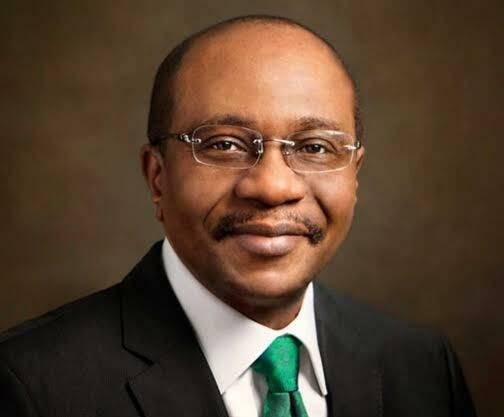 The National Association of Nigerian Students, NANS has berated the Governor of the Central Bank of Nigeria (CBN), Godwin Emefiele, for claiming that the number of Nigerians seeking foreign education is to blame for the fall of the naira.

Emefiele had during the 57th Annual Bankers Dinner, organised by the Chartered institute of Bankers Nigeria (CIBN), in Lagos claimed there was tremendous increase in visa issuances to Nigerians by the United Kingdom in 2022 alone.

The apex bank governor noted that the number of student visas given to Nigerians by the United Kingdom spiked from a yearly average of about 8,000 visas in 2020 to almost 66,000 in 2022, implying an eight-fold increase amounting to $2.5 billion yearly in study-related forex outflow to the UK alone.

He stated that the move had immensely put pressure on Nigeria’s foreign reserves and the Naira.

Reacting, NANS, in a statement released by the union national PRO, Giwa Yisa Temitope on Monday, asked Emefiele to stop blaming students for his failure.

According to the students’ association, since Emefiele came to office, the Naira has continued to lose its value.

The statement read, “We watched with dismay a video of the Governor of the Central Bank of Nigeria, Godwin Emefiele at the 57th annual bankers’ dinner where he stated that the perpetual fall of the Naira is because of the increase in the number of Nigerian students pursuing their education abroad.

This, for us, in the National Association of Nigerian Students is a one excuse for failure too many for the Governor of the CBN.

“To start with, the continual move of Nigerian students to pursue their education abroad is a reflection of the rotten system which the Nigerian ruling class has continually supervised with individuals like Emefiele as the head of fiscal policies.

“It should be remembered that for the vast majority of 2022, Nigerian students were at home because of the strike action of the Academic Staff Union of Universities (ASUU).

“This is not the first time we have experienced strike action from the different staff unions in our tertiary institutions.

“This is in addition to the decaying infrastructure and the increasingly frustrating academic system at play in the country.

“Hence, by seeking to pursue their academics abroad, the mass of Nigerian students are escaping the rot of the academic system. The CBN Governor cannot blame Nigerian students, rather, he should hold those he has enabled in the executive to turn a blind eye to education responsible.

“We would also want to remind Mr. Emefiele that the Naira has fared badly under his watch, and he would be remembered as the CBN Governor who supervised the consistent fall of the Naira. Since Mr. Emefiele came to office, the Naira has continued to lose its value.

“We would like to admonish the CBN Governor to use the remainder of his term to draw out fiscal policies that would save the Naira and stop the blame game.

“Else, history would not be kind to him and his term in office would be remembered more for its failures.”
SOURCE