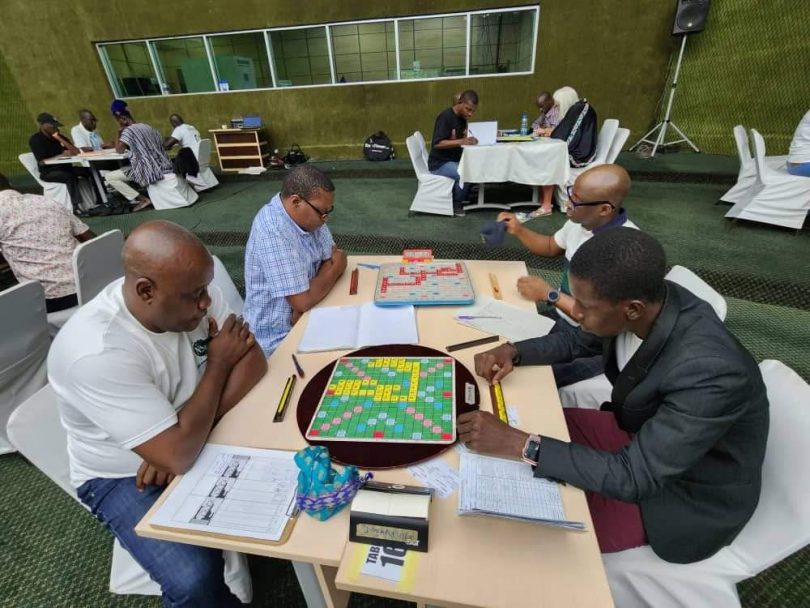 26-year-old student of the University of Lagos, Enoch Nwali, has won the 2022 Africa Scrabble Championship held in Lusaka, Zambia.

Following his victory at the competition, the Health education undergraduate student has emerged the 14th Africa Scrabble Champion, after defeating Wellington Jighere.

He won several gold medals at the last National Sports Festival and at NUGA games and is now among the world’s top 10 going by WESPA rating.

He is one top seeded to represent the country at the forth coming World Scrabble Championship in Las Vegas, USA next year.

Enoch Nwali who is winning the title for the first time, defeated his closest rival and compatriot Wellington Jighere in a tightly contested round 31.

Wellington, a dogged master of the game trailed the young gun from day two closely expecting some slip-up from the frontrunner.

However, round 31 became a threshold for both players as Jighere who won the African title back-to-back in 2008 and 2010 knew a defeat would be fatal to his ambition to make it three and the first to do so.

He would garner some pretty points in the early stage of the game as his younger compatriot tried to catch-up.

At the end, Enoch Nwali would win the tie by a point as the final score stood at 514-513 after Jighere did some reconciliation for a possible scoring error which could drag the game further.

After the result was confirned, the score would push Nwali’s overall result to 25½ wins and 6½ losses with a monstrous 2,023 cumulative points and stamped his new status as the 11th Nigerian to have his name etched in history as a winner at the championship.

In May, both players had faced each other back in Nigeria at the “Sophomore” Emmanuel Egbele Annual Scrabble Tournament (EEAST) where the “Drummer Boy” triumph over the ” World Champ” at the final stage to win the tournament.

On the overall ranking, Jighere finished second with 22 wins and 10 losses while another Nigerian Prince Omosefe came third with same score but with lesser cumulative points.

His win in the Southern African country has now extended Nigeria’s dominance on the African scene to 13 wins from the 14 editions held so far since 1994.

10 countries featured at this edition while the 15th edition will be hosted by Sierra Leone in 2024.

The scrabble player and scrabble club owner defeated the incunbent president Mohammed camara of Sierra Leone with 9 votes to 1 to become the third Nigerian to occupy the no one position.

Two Nigerian former Scrabble presidents Engineer Toke Aka and Alhaji Suleman Gora, had previously held sway in the continent with the former heading PANASA for 12 years from 2002 to 2014 and the latter for 4 years between 2014 and 2018.
Source