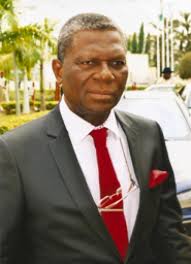 The crisis trailing the removal of Dr. Emeka Enejere as Chairman/Pro-Chancellor of University of Nigeria Nsukka, UNN, Governing Council took another dimension at the weekend as the branch chairman of Academic Staff Union of Universities, ASUU-UNN, Dr. Ifeanyi Abada and two executive members were suspended for allegedly working against the interest of their members.

In a resolution reached after its emergency congress at Nsukka and signed by the Acting Chairperson and Secretary of ASUU-UNN, Dr. Adibe Agbo and Jude Chukwu respectively, the union said Dr. Abada was suspended from the executive committee for failing to take as priority the welfare of members.