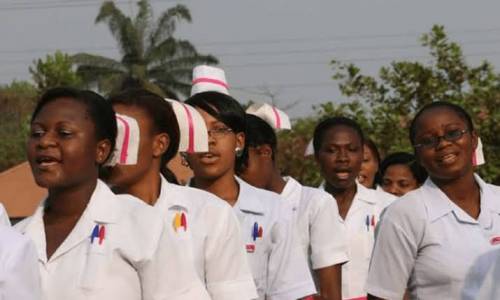 The management of School of Nursing, Eket, Akwa Ibom State, has disregarded the order of the federal government, that all educational institutions in the country be shut down over the Coronavirus outbreak.

It was reported that despite the directive, the college still continues with the academic activities and ordered lecturers to engage students in classrooms.

Students of the institutions confirmed that there had not been a halt in academic activities despite the directive from the government.

They stated that the Provost ordered the session to continue, claiming that he was yet to receive an order from the appropriate quarters.

“Despite the Federal Government circular and memo by the Nursing and Midwifery Council directing all institutions to close, we are still attending classes.

“Our principals said they had not gotten any directive from Director of Nursing Services,” the students said.

According to the Director of Nursing Services in the state, Mr Ezekiel E. Akpan, the closure of the schools is a state affair.

He stated that he was yet to receive an official order to close the schools.

“The Provost and the director are not to decide.

“Closure of school is a state matter and resides with the state government,” he said.