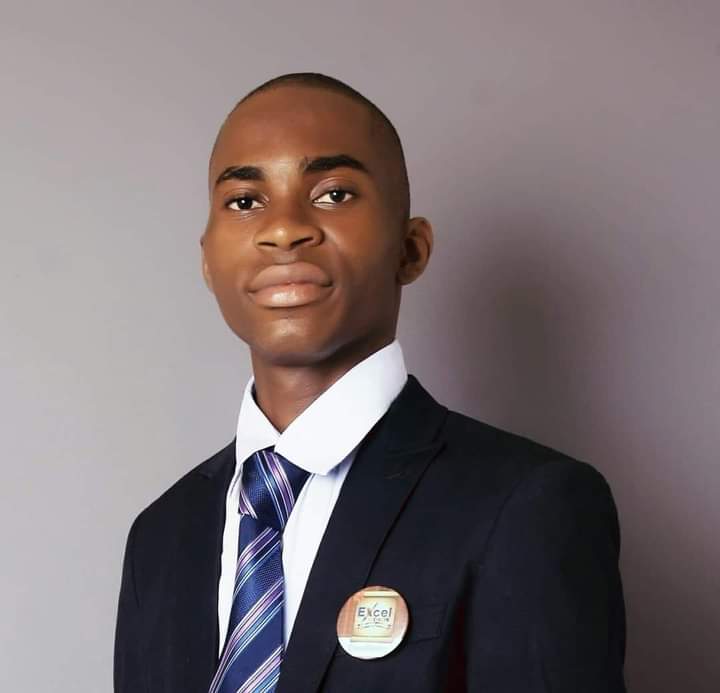 Lagos State University, LASU, has celebrated a 22-Year-old student, Oladimeji Shotunde, who emerged as the overall best student with 4.95 CGPA

My dad is a mechanic and my mom a trader but they place values on education, and I still help my mom to stay at her petty trading shop, to grind pepper.

LASU celebrated Shotunde for his sterling academic performance, as he recently set a new CGPA record in the 37 years of the establishment of the institution, in which no student had ever achieved in the history of the University.

Shotunde was recently listed to have graduated as the overall best student of the institution.

The 22-year-old student, who hails from Abeokuta South L.G.A, in Ogun State, graduated from the department of business administration.

Shotunde will be decorated on Wednesday 16 December, 2020, at the LASU Ojo campus 24th Convocation Ceremony of the Lagos State University.

Speaking about his academic achievement, Dimeji expressed gratitude to his parents. He stated that “Education is the bed rock of any civilized country.”

“My dad is a mechanic and my mom a trader but they place premium values on education, as I still help my mom to stay at her petty trading shop, to grind pepper,” he said.

He also reiterated that overtime he had noticed that the federal and state government and the Nigerian society barely rewarded academic excellence.

“The Nigeria youth resolve to mundane extra curricular activities which have continually defeated the essence of educational pursuit among the them,” he stated.

While noting lack of proper government and corporate organization recognition to academic excellence of sterling performance, he cited the recently-concluded big brother Naija reality show, where Olamilekan Agbeleshe popularly known as Laycon emerged as the BBNaija 2020 Winner, was rewarded with 85 million naira, whereby the Ogun State Governor Mr. Dapo Abiodun also rewarded Laycon with 5 million cash price, a bungalow house at choice area in the state and also appointed him as youth ambassador in the state.

Oladimeji Shotunde founded the foremost student-led academic platform in Nigeria, EXCEL MINDS Academic Support, an organization that caters for the academic welfarism of over 10,000 members.

Oladimeji represented Lagos State University as a delegate at the 2018 Edition of the Nigerian International Tertiary Institutions Model United Nations (NITIMUN) Conference, held at Abuja, where he scooped the much coveted award of “Most Outstanding Male Delegate”.

Oladimeji Shotunde was among the 50 student leaders, selected globally in 2019 for the Hesselbein Leadership Summit/Global Academy, hosted by the University of Pittsburgh, Pennsylvania, United States of America.

He was also among just 50 Finalists shortlisted across Africa, for the Afresist Youth Leadership Program that held in Kenya.

Oladimeji Shotunde is a prolific writer. He emerged prize winner of some Essay competitions held by both professional and humanitarian associations in 2020.

He has won numerous awards and gotten various recommendations.