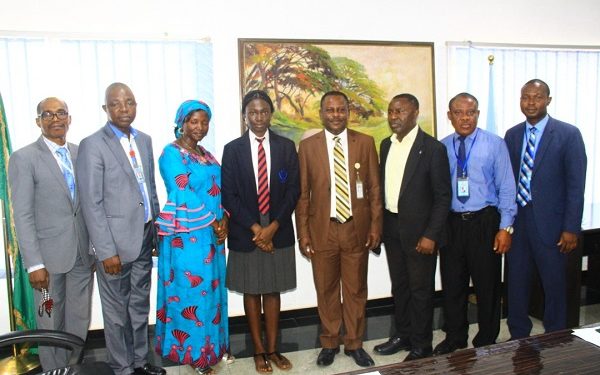 Ulan is said to be a deputy Head Girl of the Academy and one of the first set of 30 products of the Cradle To Career Scholarship programme sponsored by NNPC/SNEPCO, which started in 2014.

Ulan got A1 grades in all the nine subjects offered, other members of the top 10 got between six and eight A1 with B2 and B3 to complement.

Interestingly, the school noted that in its 15 years of existence, Ulan’s academic feat was unprecedented and commendable.

The young girl, who hails from Plateau State, had encomiums poured on her and other nine students in the top 10 group, who performed exceptionally in this year’s edition of the examination at a virtual ceremony held.

According to the school, out of a total of 135 finalists that sat for the 2020 WAEC, 82 per cent had distinctions.

The school also informed that in 2015, a commercial student obtained A1 grades in all eight subjects offered. While in 2017, about seven students obtained eight A1 grades at the same time.

“We are here celebrating all of them that excelled in the 2020 exams. Ulan here is representing all of them. We must make sure that we sustain the feat in the 2021 edition and even make it better,” said the Head of the Academy, Mr. Chris Akinsowon.

Akinsowon later awarded Ulan with a Laptop computer and cash gift on behalf of the Academy to commend her performance.

Ulan, an aspirant of Chemical Engineering, appreciated NNPC/SNEPCO for the sponsorship and the management and staff of Premiere Academy for imparting her with life-long education.

A representative of NNPC/SNEPCO, Mr. Nuka Hope, who also spoke through Zoom, said the partnership was proud of the finalists.

He, thereby commended the Academy, adding that SNEPCO is excited and he is sure NNPC is happier.