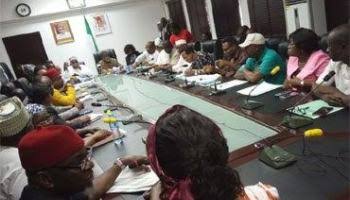 The Academic Staff Union of Universities has condemned the poor funding and proliferation of Federal and State universities in the country.

While disclosing this at a Town Hall meeting held on Saturday July 11, 2020, in Jos, the National President of ASUU, Prof. Biodun Ogunyemi, expressed his concern over the rate the governments establish universities

Prof Ogunyemi noted that the federal and state governments were establishing universities without adequate funding. He added that some of the universities established were needless.

“For instance, why do we need a university of transportation, or that of Information and Communication Technology (ICT)?

“All these can be taken care of by the existing public universities.

“So, proliferation of university education will not help us; it is grossly affecting the quality of education in the country,” Ogunyemi said.

He further lamented that state governments have made the setting up of universities a constituency project, rather than centre of development.

He stated that if care is not taken, university education in the country would be bastarised just like the current state of primary education system.

“What we see today is that state governments have turned the establishment of universities to constituency project; every governor wants to have a university in his constituency.

“This is really sad, and if we are not careful, university education will collapse like the public primary schools in the country.

“So, what ASUU is really fighting for is to stop the total collapse. Our demands are not selfishly motivated,” he stated.

Ogunyemi therefore advised the federal government to fix public universities, saying that by so doing, such institutions will become a veritable source of revenues.

He urged government to implement the recommendation of the union based on the Needs Assessment Report of 2012 and other demands of the union.