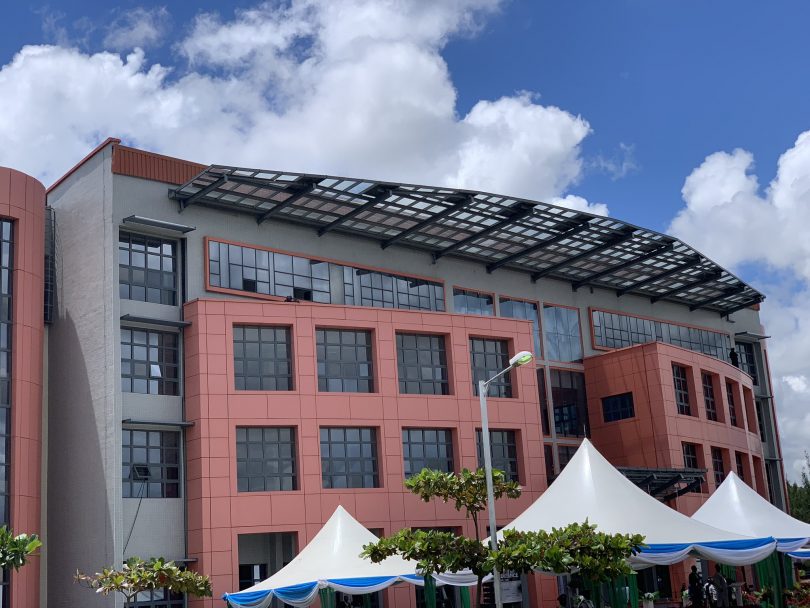 Buhari, while inaugurating the centre, which was built by the CBN, pledged more funding to the education sector.

He said that he would accord education priority attention in his second term by making it as affordable, qualitative, and competitive as obtainable in developed countries.

The President lauded CBN for supporting the Federal Government’s investments in the education sector as well as other key areas of the economy tied to the overall development of the country.

He urged the bank to extend such funding support to research to ensure economic development of the country.

The CBN Governor, Mr Godwin Emefiele, said that the bank would remain committed to providing funding and infrastructural support to the education sector.

According to him, the bank’s involvement in the sector is based on the conviction that an educated workforce has a critical role to play in the advancement of the Nigerian economy.

Emefiele said that the bank’s analysis of the factors responsible for the growth of successful economies, indicated that investment in education could played a prominent role in driving innovation and growth in advanced and emerging economies.

He noted that education also contributed to significant reductions in inequality.

The CBN governor said that the apex bank, being a knowledge-driven organisation, had to ensure that it sustained efforts at improving learning in institutions of higher learning nationwide.

According to him, the project is designed to accommodate the bank’s Collaborative Postgraduate Programme (CBN-CPP), which he describes as a child of necessity in the bank’s intervention programme in the education sector.

Emefiele explained that the project was conceived to produce a critical mass of skilled professionals that would be able to apply their knowledge toward supporting growth and continued innovation in the country’s financial sector and the economy in general.

This is against the recognition that the dearth of skilled manpower constituted a binding constraint toward making Nigeria the number one hub for economic activity in Africa.

The three first-generation federal universities in the country across the six geo-political zones were selected under the first phase of the intervention programme.

He said that the programme was later expanded to include six other tertiary institutions across Nigeria.

According to him, the centres are nearing completion in the institutions.

Personal Assistant to the president on New Media, Bashir Ahmad who attended the event confirmed that the auditorium houses a telepresence room, 7 lecture theatres, 6 lecture rooms with a total seating capacity of 544, 6 tutorial rooms with 240-seating capacity, libraries, etc.