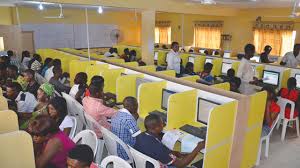 Joint Admissions and Matriculation Board (JAMB) has unveiled the breakdown of the 2023 UTME MOCK and examination fees.

According to the breakdown of fees for the 2023 examinations, the UTME/DE application fee will be N3,500.

The board also noted that candidates would pay the sum N500 for the reading text.

JAMB’s head of public affairs and protocol, Fabian Benjamin, said in a statement that the management of the board made the approvals at a meeting held in December.

The agency also fixed Thursday, March 16, 2023, for the conduct of its optional mock UTME.

Meanwhile, the board also said registration for the Direct Entry candidates was scheduled for Monday, February 20, through Thursday, April 20, 2023.