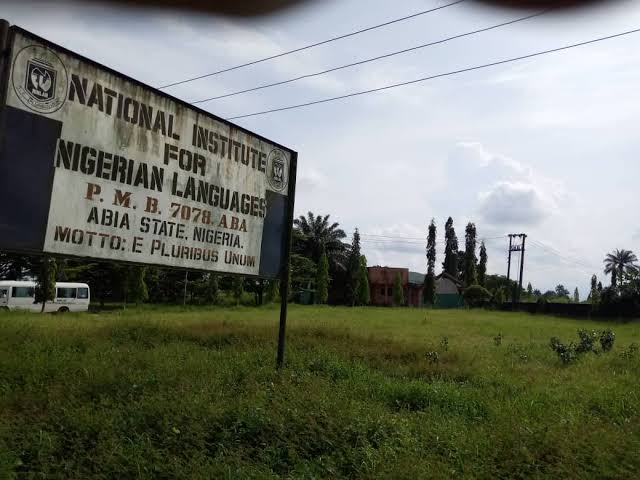 The Abia State chapter of the National Institute for Nigerian Languages (NINLAN) has solicited the support of the Federal Government in producing graduate teachers that can teach science subjects in local languages.

This call is to further reinforce its appeal for the introduction of mother tongue in tertiary institutions which benefit from the Tertiary Education Trust Fund (TETFund).

The Executive Director of the institute, Prof. Obiajulu Emejulu, made the appeal on Thursday December 3, 2020, when he received the Chairman of the Education Committee of TETFund and the President of the Academic Staff Union of Universities (ASUU), Prof. Biodun Ogunyemi in Aba.

Ogunyemi was accompanied to NINLAN by other academics, including a former Vice-Chancellor of the Federal University of Technology, Owerri, Prof. Chigozie Aziagbaka; President of the Nigerian Academy of Letters, Prof. Francis Egbokhare; and Technical Director of the TETFund Committee, Dr. Andy Iheme.

The NINLAN Executive Director told the team that the institute’s mandate was relevant to achieving Nigeria’s academic, technological and economic dreams.

“The institute is in the process of training students who will graduate to be teachers of sciences using their mother tongue,” Emejulu said.

He urged the delegation to recommend NINLAN to be mainstreamed in TETFund, which would greatly boost the institute’s contribution to national development – including the completion of various researches.

“It is possible to teach the sciences in indigenous languages, and that makes for easier understanding by students and pupils. It is better to teach pupils in their mother tongue than in a learned, foreign language,” he said, giving the Asian Tigers as examples.

He said a former Minister of Education, the late Prof. Babatunde Aliyu Fafunwa, had proven this through the research he carried out in the 80s in Ife, Osun State.