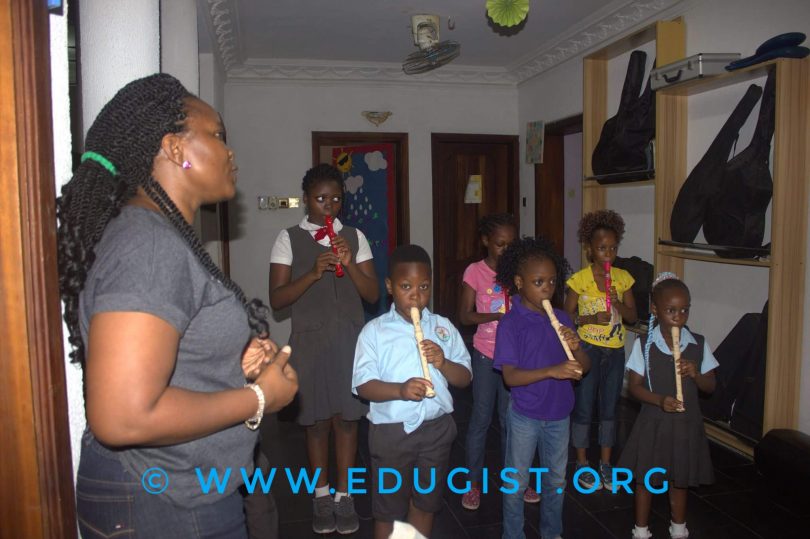 The most life-enriching academic topic of most children is undeniably music. Music is a crucial hallmark of art education, a universal language that causes emotional responses and kick starts imagination like no other.

In this article, we have covered the far-reaching advantages of including music in your kids education. Hence, stating why music is indeed an integral part of any educational program.

The use of your neural network is enhanced when playing an instrument. There is some evidence that musicians have greater growth in neural activity as compared to those who do not play an instrument.

As per a study conducted by New York Academy of Sciences in 2009, children who have been given musical training demonstrated fine motor skills and sound classification. Even while brain imaging, there had been significant, noticeable improvements in those children.

The relationship between language and music is long and deep. When younger children are given musical education, there is better language development in them.

The part of our brain that deals with understanding language, is the same part that gets trained and stimulated by musical education.

Therefore, children who have any exposure to music education will have a better awareness of sound. And how various segments of speech match. A second language can be extremely beneficial for your children.

For kids, school is such an important time. Sometimes it can be stressful, particularly during tough exam periods.

Music has been a known cure for stress relief, with Stanford University studies relating this to the music beat. Music actually will lead our brain to synchronize and lead into alpha brain waves generation at 60 beats per minute.

This indicates that we are comfortable as the same amount of brain waves are generated when we are calm. It can help induce sleep for a span of 45 minutes or so, too.

A musical session is a simple way to alleviate tension after a hard day of studying and take your child’s mind off deadlines and exams.

Kids who play music in school are also strengthening their mathematical skills. Mentioned in the Journal of Aesthetic Education, there is a strong correlation between spatial-temporal tasks and music.

One theory notes that it is accountable for learning rhythm, as math requires picking up patterns and how visual components go together.

The opportunity for higher test scores comes with improved math ability. As per a study conducted by University of Kansas researchers in 2007, students in primary school with a strong musical program scored 22% higher in English and 20% higher in maths as compared to students without musical education. This study was independent of the socioeconomic variables between the various schools.

Another well-proven advantage of music in education is enhanced memory. Learning an instrument, the music language, and the notes and lyrics that makeup songs all involve memory flexing.

Music, much to our dismay, is also one of the easiest items to hold in your mind. Songs get trapped, often for days, in our heads; a great demonstration of how music can linger in our minds.

Music is a beautiful way of getting people together. They will bond with like-minded kids who share their passion if they plan to take up music as an extracurricular sport.

Talk to someone who has learned a musical instrument or played in a good band; it’s difficult to come up with musical excellence. This calls for a lot of practice and a desire to keep going.

It needs the perseverance to continue to improve and to grow. It’s extremely powerful to have a child realizing that they have to work hard to accomplish something. And that they can depend on it for the rest of their lives. Although, there are few better ways than via music to instill perseverance.

Brings About a Sense of Achievement

When your child accomplishes a musical objective, they get the amazing happiness that comes from working hard to achieve something. Music is a great builder of trust in that context.

It can be an extremely satisfying experience to make something as expressive and loved as music. What more, to see people on stage or family members at home enjoy it.

Confidence is one of the most important skills a child can have and music is one of the best ways to encourage it to grow in your child.

Taking a music exam once a year or so is good preparation for the more rigorous school tests. Since there is normally not so much at stake. It helps with exam nerves. A decent result – which means that when it comes to other tests, only doing the best you can on that day can raise your confidence. Yet the future has more to it than just tests.

It also enhances imagination, and there’s nothing like composing a song of your own. They will make their own song when a child discovers a good chord progression or tune when they are playing around.

This may lead them to perform their own music and even commit it to paper. Which encourages their knowledge of music and notation. Moreover, it could even set their career in the future.