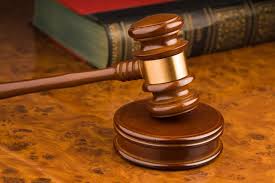 An Ile-Ife Magistrates’ Court in Osun on Thursday remanded a 20-year-old secondary school student at a police station, for alleged unlawful possession of a gun.

Babatunde Olayera, was arraigned on a two-count charge of conspiracy and unlawful possession of firearms.

Magistrate O. B. Adediwura did not take the plea of the suspect on count two, for lack of jurisdiction to try a case of a suspect alleged to be in possession of a firearm.

Ms Adediwura directed that the case file be duplicated and sent to the office of Director of Public Prosecutions (DPPs) for legal advice.

She, therefore, ordered that the suspect be remanded at “A” Division Police Station, in Moore, Ile-Ife, pending legal advice.

The case was adjourned until December 15, for mention.

Earlier, the Police Prosecutor, Inspector Adesina Elijah, had told the court that Mr Olayera and others now at large, committed the offence on November 7 at 12:00 a.m. in Lagere Area, Ile-Ife.

Mr Elijah said that the suspect conspired with others at large, to commit felony to wit: unlawful possession of firearm.

He added that Mr Olayera unlawfully had in his possession one locally-made cut-to-size single barrel gun.

The prosecutor said that the offences were contrary to Section 4 and punishable under Sections 27(i)(b)(i) of the Firearms Act Cap F.28, Laws of Federation, 2004 and 516 of the Criminal Laws of Osun State, 2002.